Are you looking for Rooster Christmas Tree Ornaments? 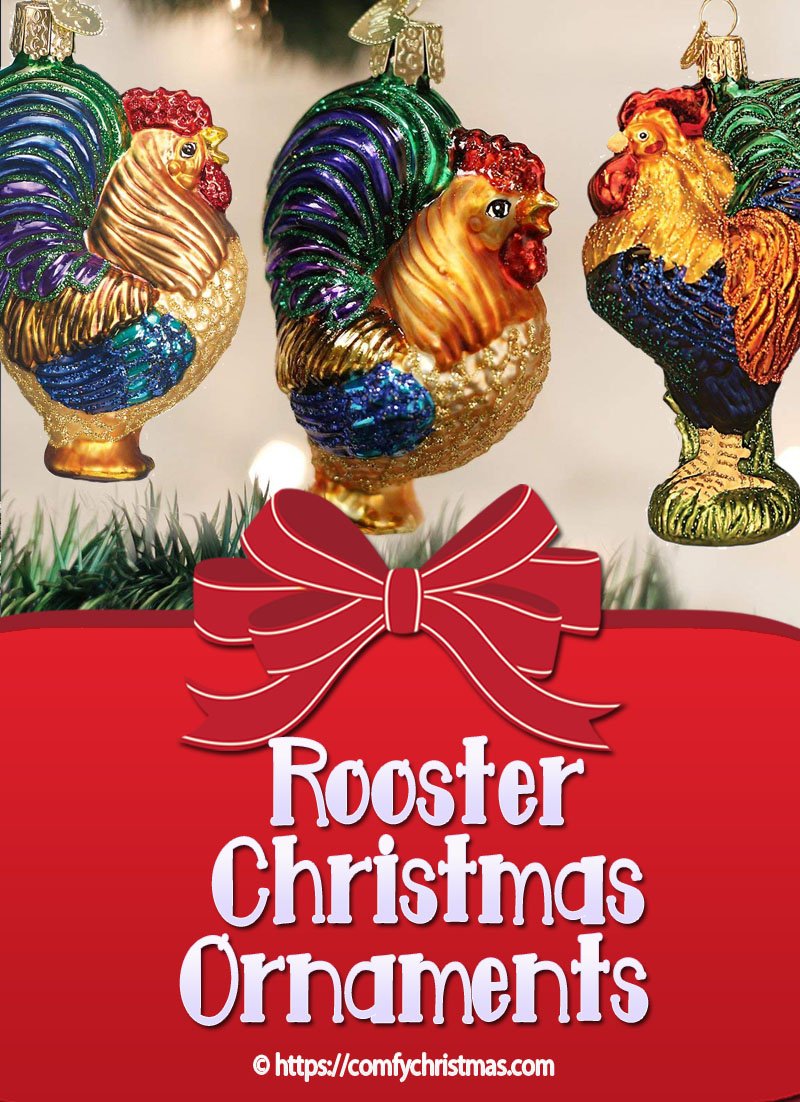 The Legend of the Christmas Rooster states that the only time the rooster crowed at midnight was the night that Jesus was born.

In Spanish and Latin American countries, “Misa del Gallo,” the Mass of the Rooster, is celebrated at midnight on Christmas Eve.

The crowing of the rooster at the dawn of each morning symbolizes the daily triumph of light over darkness and the victory of good over evil.

According to legend the  in Christian Symbolism the rooster was the first animal to proclaim the birth of Jesus.

The rooster has a major role in the Bible referring to Peter’s denials of Christ. Peter was warned by Jesus that he would betray him three times before the cock crows.

Pope Gregory I “540 – 604” proclaimed that the rooster should be regarded as a symbol of Christianity and the emblem of Saint Peter.

Some churches around the world have a rooster as a weathervane on the church steeple instead of the traditional cross.

Many Christians regarded the rooster as a symbol of Christ, the bringer of a new dawn and light.

The rooster also served as a reminder for the parishioners to gather at the church for prayer.

If you are looking for a unique Rooster Christmas Tree Ornament the Best place to buy one or a few is online because the selection is fantastic! 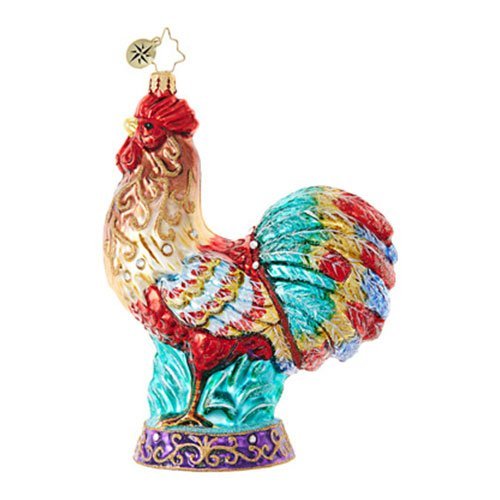 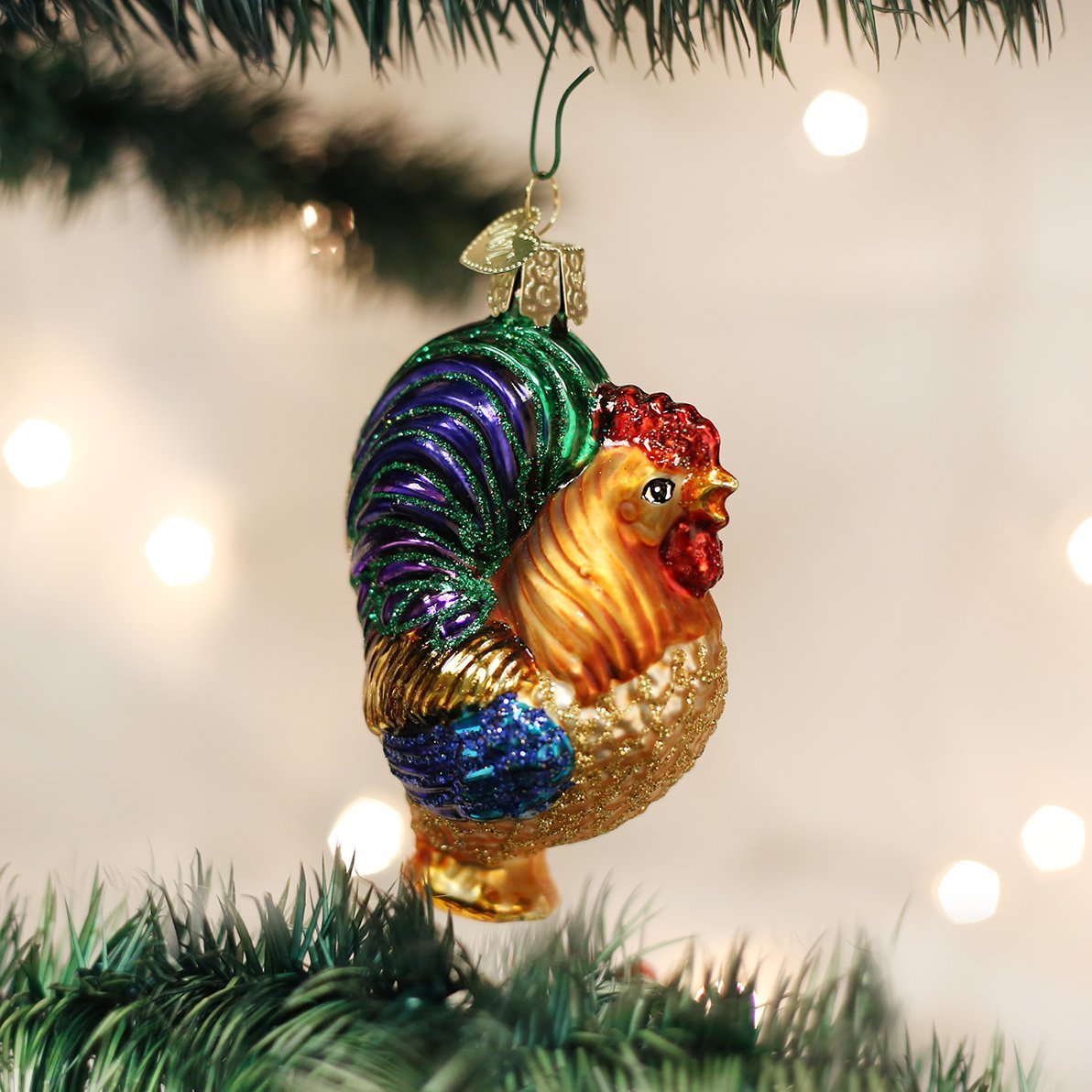 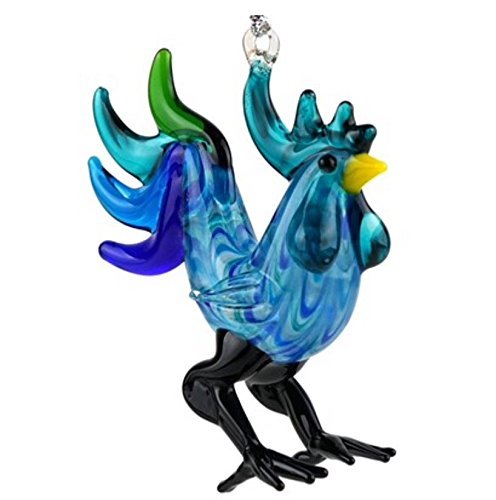 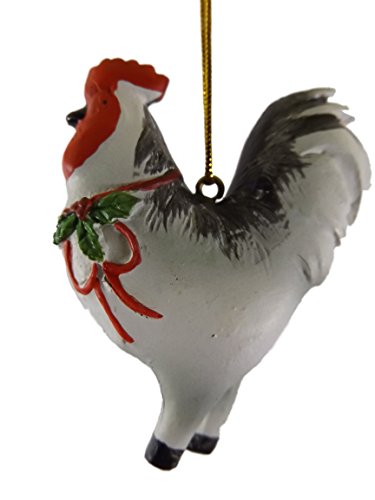 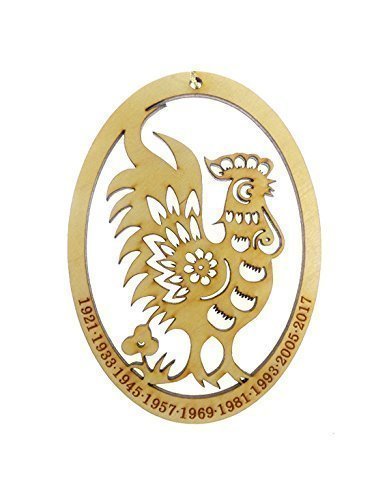 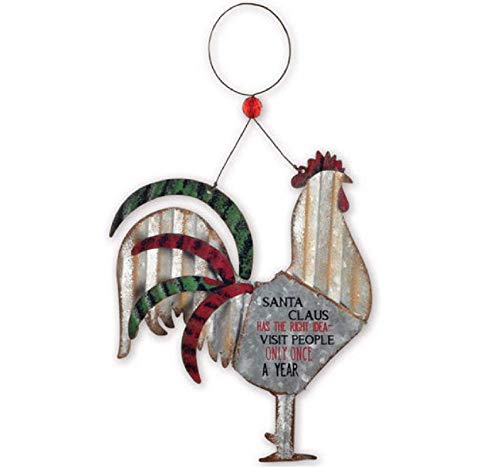 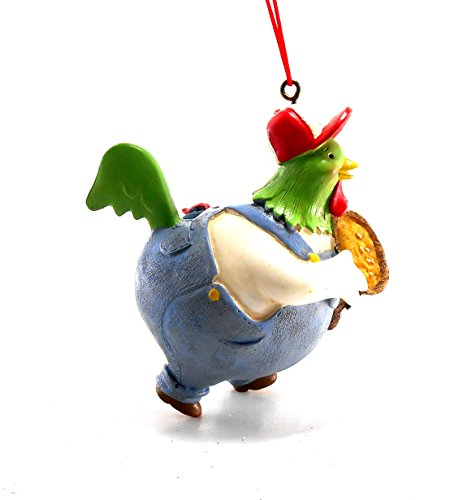 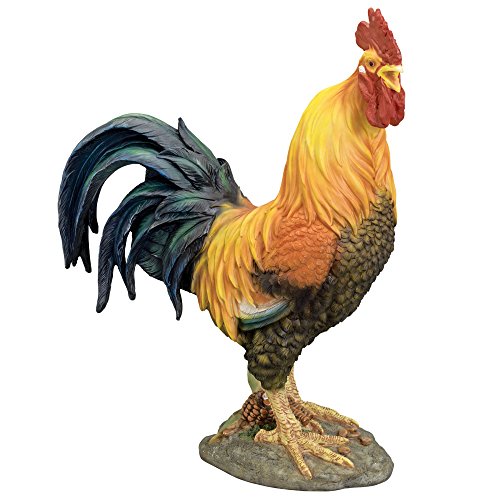 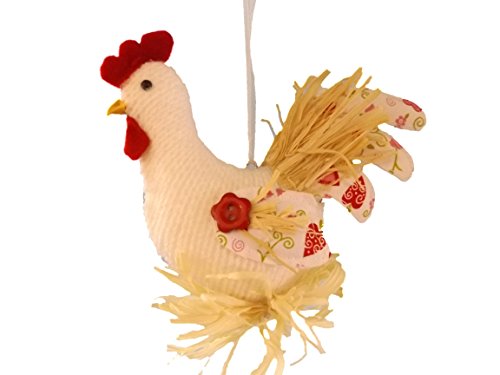 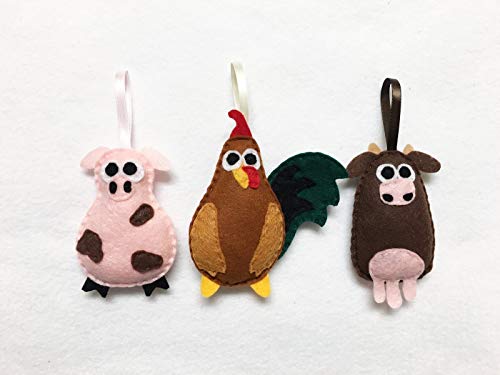 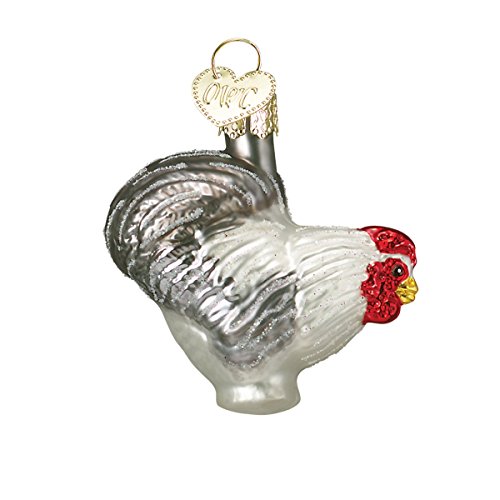 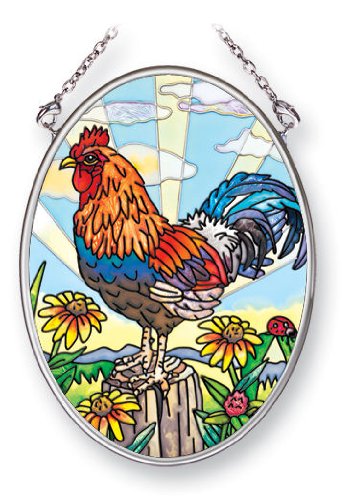 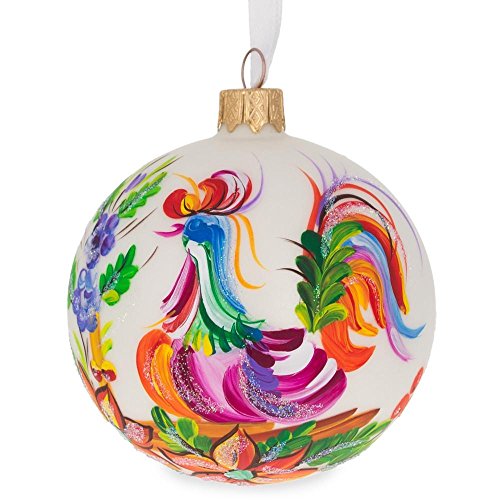 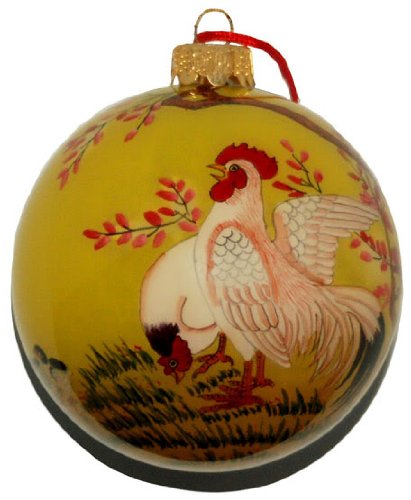 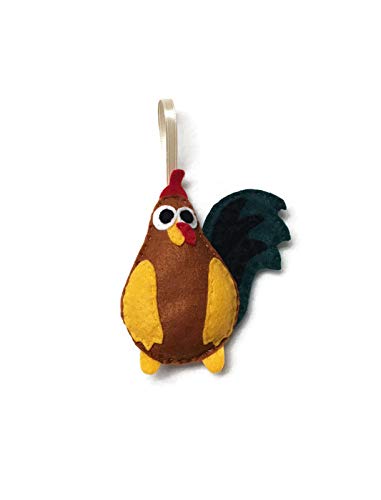 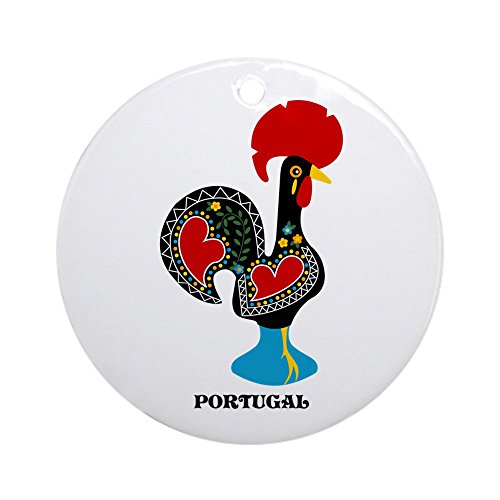 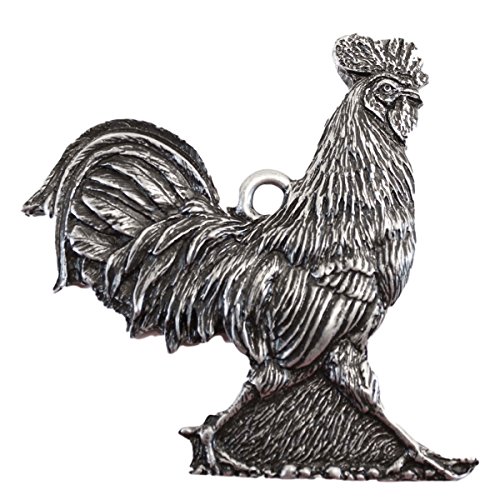 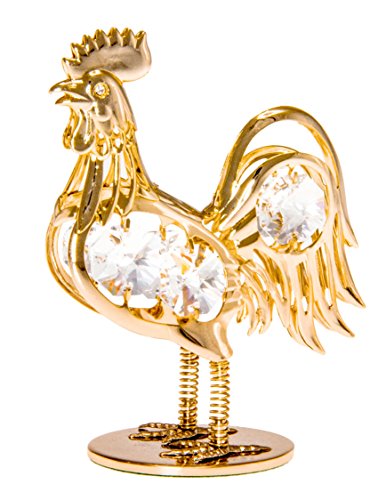 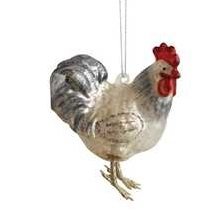 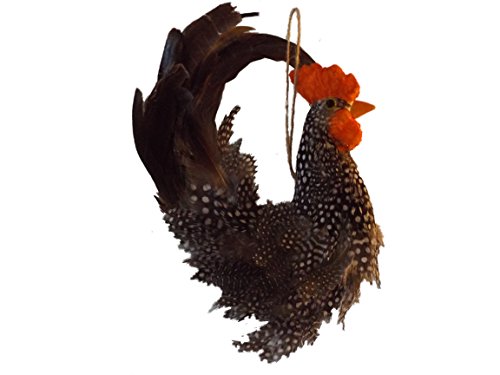 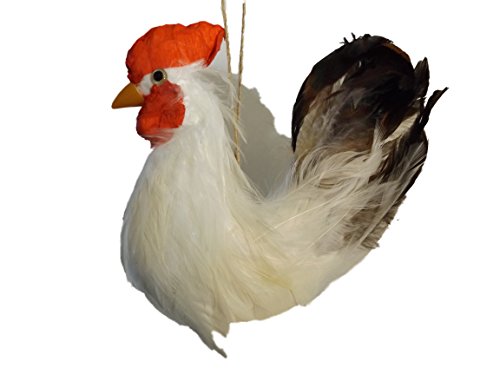 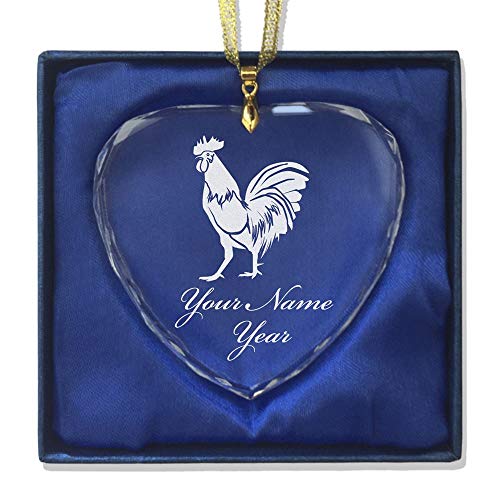 The Legend of the Rooster of Barcelos

Barcelos RoosterBarcelos is an old town in Northern Portugal with around 120 000 inhabitants.

An old legend featuring a rooster originates from this town.

It has made a huge impact on not only the town but on the whole country of Portugal.

The Rooster of Barcelos has become somewhat a national symbol of Portugal.

It is considered a favorite good luck symbol in Portugal.

There are many different versions of the legend.

A pilgrim was traveling on toward his destination of Santiago de Compostela in Spain.

This is where many believe the tomb of the apostle Saint James the Great is to be found.

On his journey he decided to stop for a rest in the town of Barcelos.

Shortly after the pilgrim arrived an unknown thief robbed a dominant landowner.

Valuable silver was missing from the wealthy landowner of Barcelos.

The landowner was furious.

The people of Barcelos were getting nervous.

They knew it was of utmost urgency to find the guilty person.

Rumors that the stranger in town must be guilty of this crime soon reached the ears of the landowner.

The poor pilgrim was arrested and put to trial.

Naturally he pleaded not guilty.

The authorities informed the pilgrim that the local judge had ordered that he be hanged for his crime.

The pilgrim was devastated, after all he was innocent.

He asked to be granted one final wish before they hanged him.

He wanted to meet the judge in person.

His request was granted.

The authorities escorted him to the judge’s home.

The pilgrim pleaded with the judge proclaiming he was innocent.

The judge was engaged in a dinner party and was in no mood to listen to the stranger begging for his life.

The pilgrim then looked at the roasted rooster on the plate in front of the judge and proclaimed:

The judge lost his appetite for the rooster and ordered the pilgrim to be taken away.

Just as the pilgrim was being hanged at the gallows, the rooster on the judge’s table got up and crowed.

The judge realized what a frightful mistake he had made and rushed to the gallows.

Rooster cross Portugal Fortunately the pilgrim was still alive, probably because the knot on the rope was poorly made. He was cut down and sent on his way in peace.

Sometime later the pilgrim returned to Barcelos and had a monument sculptured to Calvary of the Lord of the Rooster in honor of the Virgin Mary and of Saint James.

In other more plausible versions of the legend, the rooster is alive.

In all versions the rooster crows to proclaim the innocence of the pilgrim.

Today sculptures of roosters are sold in the millions.

They are colorful and beautifully painted.

The designs may vary, but all are quite lovely.

These sculptures are considered a symbol of good fortune and faith.

The Rooster of Barcelos Ornaments 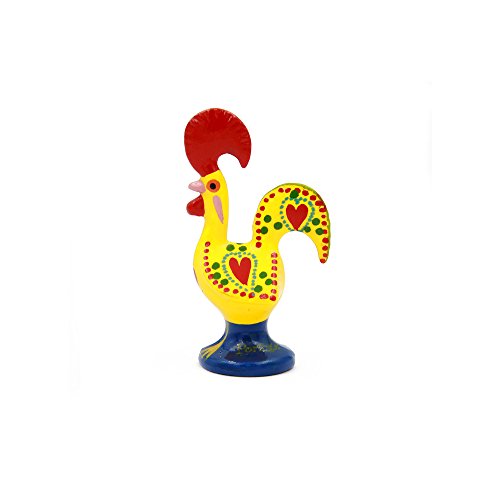 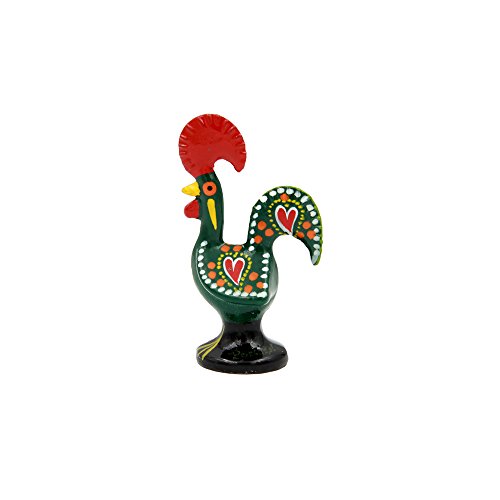 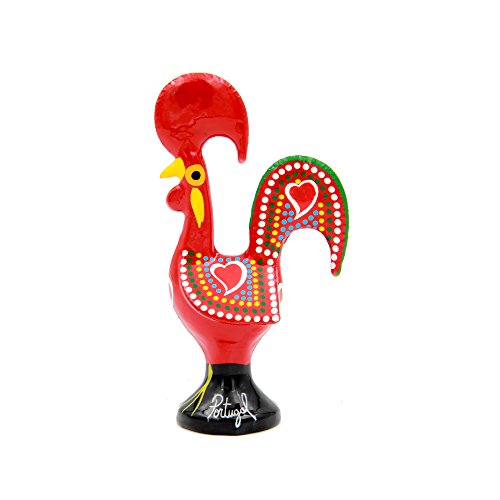 These traditional Portuguese Rooster Galo de Barcelos are made of Aluminum are colorful and come in many different sizes.
Galo de Barcelos is the unofficial symbol of Portugal.

Because of its lively colors, the Rooster of Barcelos is difficult to miss where ever it appears.

The motif seems to embody the love of life displayed by the Portuguese people.

The legend of the Rooster is so old that no one knows for sure its real source.

We hope you enjoyed this page on this Rooster Christmas Tree Ornaments and be sure to check all of our other Christmas Decorating Ideas .

Use Our FREE Christmas Gift & Decoration Finder Tool Below.
Just type in the Search Box and you’ll get loads of ideas for gifts or decorations!

What can we Help You Find?

Show Me My Deals on Amazon Today

Show Me My Amazon Coupons

Help Me Find a Gift Card

This website uses cookies to improve your experience while you navigate through the website. Out of these, the cookies that are categorized as necessary are stored on your browser as they are essential for the working of basic functionalities of the website. We also use third-party cookies that help us analyze and understand how you use this website. These cookies will be stored in your browser only with your consent. You also have the option to opt-out of these cookies. But opting out of some of these cookies may affect your browsing experience.
Necessary Always Enabled

Any cookies that may not be particularly necessary for the website to function and is used specifically to collect user personal data via analytics, ads, other embedded contents are termed as non-necessary cookies. It is mandatory to procure user consent prior to running these cookies on your website.

SAVE & ACCEPT
Scroll to Top